It is Tanzania`s largest National Park with some 20,226 sq. km and only a third of this area is accessible to visitors, leaving a large amount of wilderness in pristine condition as it was thousands of years ago. If you want to experience a timeless Africa this IS the Park to come on Safari.

Less famous than Tanzanias` Northen Parks like The Serengeti, Ngorogoro Crater and Kilimanjairo, but as a result has far less visitors and often there is the chance to watch wildlife in peace a quiet without dozens of photographing tourists and groups of 4x4s!

Ruaha, whose name is taken from the Great Ruaha River that flows in to the Rufigi and eventually the Indian Ocean was founded in 1964. It is located on the Southern circuit some 600km from Dar es Salaam.

Added to the fact that it hosts 1,650 plant species and over half the birdlife in Tanzania (526 species) as well as a thriving elephant, lion, leopard, giraffe, kudu and hippo population .

Ruaha’s average altitude is around 1000 m above sea level, though elevations vary from 750 m in the Ruaha valley to 1,868 metres at the summit of the escarpment. These peaks and hills contribute to the appealing visual landscapes of the park.

The escarpment, an offshoot of the Great Rift Valley further west, bends towards the Ruaha, enclosing that area of the park (about one fifth) presently used by tourists, leaving the plateau beyond largely covered by Miombo  woodland and rising gradually from the escarpment, rarely visited.

The South West area of Tanzania where Ruaha is located has the lowest rainfall in Tanzania. June to December are the driest months with the focus of wildlife viewing around the drying rivers and permanent waterholes.

The average rainfall varies from 800mm per year above the escarpment to 520mm per year in the lower Ruaha valley. The rains generally fall between November and April, starting with short rains which grow in intensity. The coolest month is normally June with a daytime maximum of 30°C dropping to 15°C at night. Temperatures continue to rise throughout the year with a daytime temperature of 40°C during the day falling to only 25°C at night.

Ruaha has often been referred to as “Tanzanias best kept secret” and once visited it is hard not to return.

However, I might be slightly biased… as my Father was the first Park Warden of Ruaha and where my first memories as a child are from. 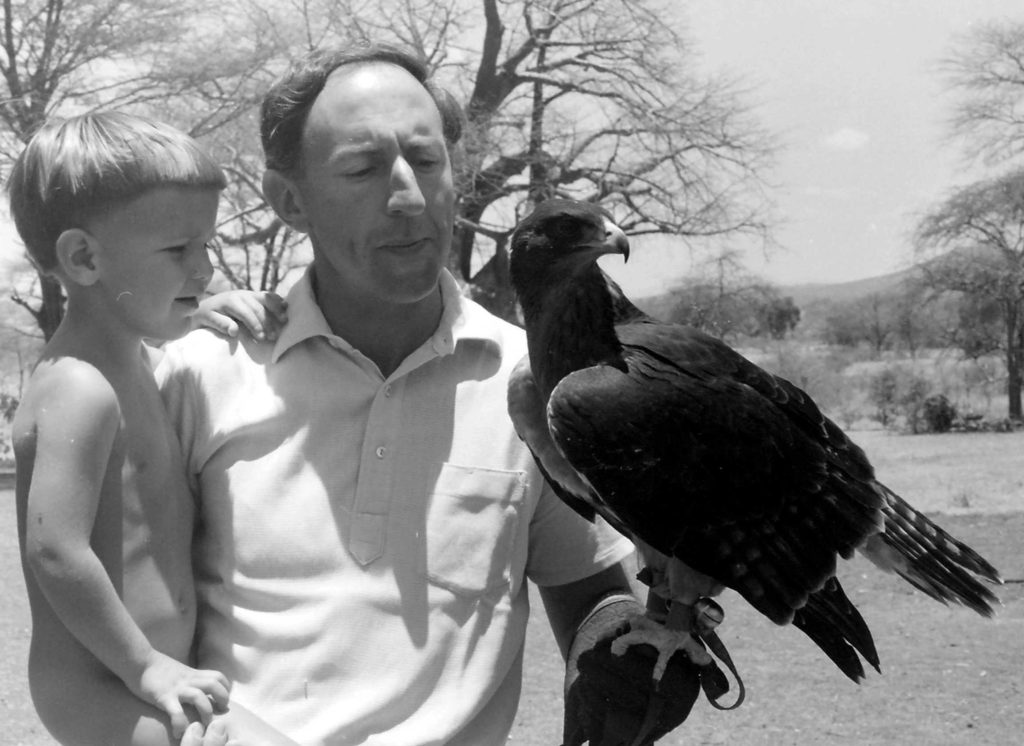 From 1964 – 1972 John Savidge was the pioneer responsible for opening up Ruaha National Park. The initial infrastructure: The Park Headquarters and airstrip at Msembe and many of the roads are still used today. He started the fist anti poaching patrols and employing the first park rangers as well as documenting the vast array of animal and birdlife.  He and his wife, Yvonne, provided THE most amazing environment for a child to grow up in while also catering for the first tourists to visit the park.

It is with great pleasure that I hope to bring likeminded lovers of nature and wildlife to Ruaha.